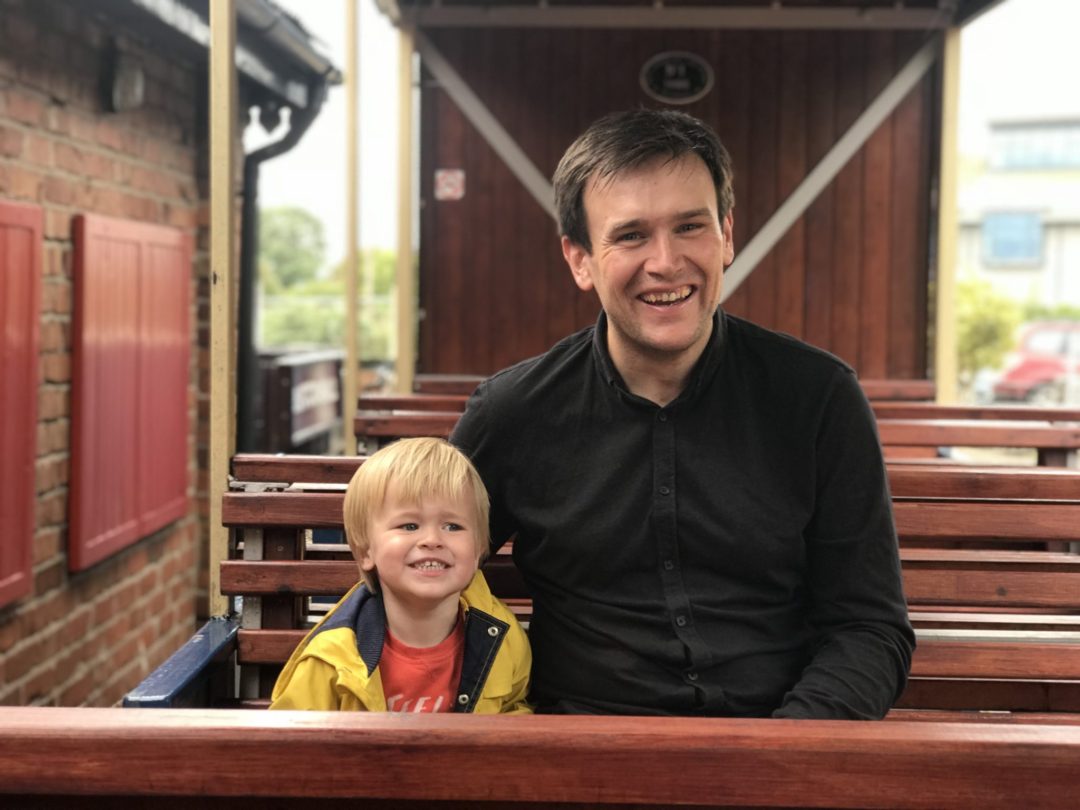 Dexter is at the stage where is OBSESSED with anything that comes with wheels, whether it be cars, aeroplanes, tractors or trains. He takes a particular interest in choo choos and enjoys activities at home which involve building tracks, running along as if he were a train and driving trains up and down the skirting boards. We recently moved to West Lancashire and I spent a lot of time on fellow Lancastrian blogger Jenni’s blog looking for things to do in the local area; imagine my delight when I read all about West Lancashire Light Railway which is located in Hesketh Bank which is practically a stone’s throw away from our house. It’s is now one of out favourite family days out in West Lancashire.

West Lancashire Light Railway is Lancashire’s only narrow gauge railway which features locomotives, wagons and other equipment from long gone industrial sites in Lancashire and other parts of the UK. The steam trains run on Sundays and Bank Holidays by volunteers who dedicate their time to preserving this little bit of industrial history. The railway runs for around a quarter of a mile around a fishing lake and has done so since the late 1960s after six schoolboys began laying tracks using redundant rails and purchasing locomotives at auction.

Dexter was super excited when we told him we were off to have a ride on a train and the day couldn’t have been more perfect. The railway is located next to Booth’s in Hesketh Bank and there is ample parking for around twenty vehicles. You cannot miss the small station and ticket office which is on the left of the car park and volunteers are there to welcome you.

We paid £3.50 for each adult ticket and Dexter went free with him being under 3. Children usually pay £2.50. We purchased our tickets from the ticket office which also sells a wide range of toys, books, drinks and snacks, from a lovely female volunteer who was keen to tell us all about the special days they have such as Santa Specials.

Once we had our tickets we went onto the platform where the train was waiting for us. We boarded the train and before long the conductor was along to stamp our tickets and wish us a pleasant journey.

As previously mentioned, the line is only around half a mile long, so it didn’t take too long for the train to get going, chug sweetly down the track and reach its destination. At this point, the steam locomotive detached from the passenger carriages, travelled down the other track and reattached itself at the other end to pull us back to our original station. All in all, the journey took around ten to fifteen minutes, the perfect amount of time for a restless toddler who can’t normally sit still for longer than five minutes.

When we arrived back at the station, the volunteers got toy trains and tracks out for the children to play with on the grass while the adults sipped coffees and teas. Dexter was in his element playing with the choo choos and socialising with the other children while we watched the steam locomotive move along the tracks once more. We were welcome to stay and go on the train again as many times as we liked, but the rain came and we decided to call it a day as it was time for Dexter’s nap.

We had the most wonderful morning experiencing the West Lancashire light railway and Dexter was more than thrilled to have been able to go on a real life steam train. We will definitely be back again and will most certainly be booking for one of the Santa Specials in December.